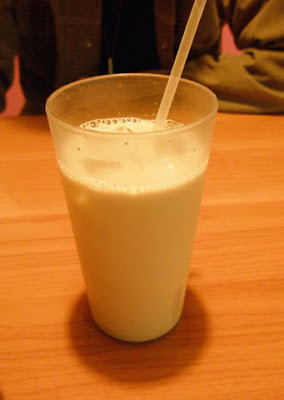 A couple foodie friends and I are putting together a Mexican potluck tomorrow, and I volunteered to make horchata. Which I've never done before. (But has that ever stopped me?) Horchata is the perfect drink to quench the fires of a spicy salsa--the starchy rice soaks heat off your tongue just like a tortilla, and the sweet, bland, milky liquid washes the oils right down your throat.

To my dismay, however, I quickly discovered that's there's no real consensus on how to make horchata or even what the ingredients are--although nearly every recipe I looked at included rice, cinnamon, vanilla, and some sort of sugar.

So what's a cook to do? Experiment, experiment, experiment, I say. And sure enough, after a couple of spectacular failures (pretty sure you're supposed to drink it, not eat it!) I hit upon a winning hybrid of the many recipes that tempted me. In the end it was really pretty easy--provided you have a spice grinder, which I do. Here's what I came up with:

1 C rice (You're going to grind it anyway, so does it really matter what kind? I think not. I used basmati.)
1 cinnamon stick, hammered into shards
8 C water
1 can (300 mL) sweetened condensed milk
1 t vanilla
1 t ground cinnamon

Grind your rice in a spice grinder or food processor to cornmeal consistency, cover with water, add your cinnamon stick shards, and let sit for about 12 hours. Strain the liquid through cheesecloth and add sweetened condensed milk, vanilla, and ground cinnamon. Serve cold over ice. Add rum if the situation calls for it. ;-)
Posted by Green Betty at 2:03 p.m. No comments:

I realized recently that my five year old's delight in making the stuff of stories could be turned to my advantage. So the other day, after deciding to make a saag for dinner, I told him a gnome tale.

Every gnome loves a mermaid-laden, white sand beach, not to mention buffets that feature vindaloos. So one day, the gnomes of Lunenburg decided to pack up and head to Goa. (That's in India, y'all.)

They couldn't afford the plane fare, so they packed themselves up in a box and had their Uncle Googly mail it to a classy resort. It took a couple weeks to arrive, but they were comfortable in their crate--Rinky'd had the foresight to stock up on historical fiction (every gnome's favorite read) for the trip, and jerky treats were abundant.

After a few days of spicy shrimp, spicy fish, spicy pork, spicy fruit, and spicy rice, the gnomes were ready for something a little milder. They sampled some north Indian saag--a delightful concotion of spinach, yogurt, broth, and tasty-but-not-incendiary spices.

As an added bonus, when gnomes eat saag it gives them a burst of Popeye-like strength! Rinky, Dinky, and Sly used theirs to pick up an elephant. (They had to ask the elephant to hold one of her feet up, since there were only three of them.) Unfortunately, the saag wore off mid-trick and the elephant came crashing down. That's the last time she does a favour for gnomes.

This incident was the first in what eventually developed into an epic tale of the gnomes' culinary adventures overseas--but the rest, as they say, is a story for another time.


There is nothing Charlie would like better than to pick up an elephant, of course, so he begged me to make saag. I modified the recipe to make a soup of it, and now he’s guaranteed to slurp it with gusto every time. If only I'd caught on sooner.

Directions
Heat the butter in a large saucepan on medium. Add minced onions and salt and sauté until the onions are translucent. Add the garlic and spices and sauté for another two minutes.

Stir in the stock and spinach and bring to a boil. Reduce heat slightly and simmer for ten minutes or until spinach is thoroughly cooked but still a springy shade of green (if it reminds you of the military, you've gone too far). Remove from heat and blend, either with an immersion blender (my fave) or by processing into a stand blender or food processor then returning to the pan. Simmer the pureé another couple minutes, then add yogurt, adjust seasonings if warranted, and serve.


Hint: For good quality spices at a reasonable price, try an Indian grocery store. Mine come from Indian Groceries in Halifax. Great place.

To make chicken stock, first roast a chicken (organic and local if you can get/afford it). After you've stripped the meat from the carcass, put the entire carcass in a crock pot or stock pot and fill in the empty spaces with vegetables--to make stock for this dish, I recommend keeping it simple with just roughly chopped onion (2 cups) and peeled, whole garlic cloves (2 bulbs). Throw in a healthy pinch of salt and just cover with water. Add half a cup of white vinegar (this will leach the calcium from the bones, making for a more nutritious stock.) Bring the whole mess to a boil, then simmer, covered, for 3 hours (stock pot) to 5 hours (crock pot). Remove the bones and big chunks, then strain the broth through cheesecloth (I get mine at the dollar store). Chill in the fridge for a few hours, strain off the fat that rises to the top, and you're good to go.
Posted by Green Betty at 7:23 p.m. 1 comment: 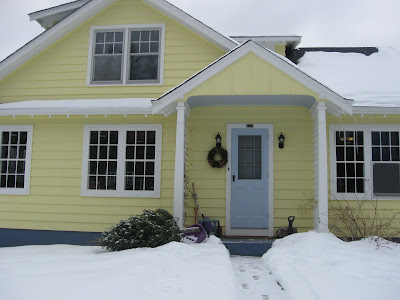 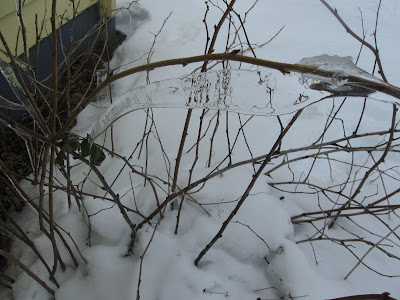 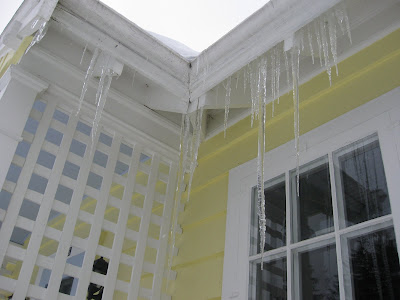 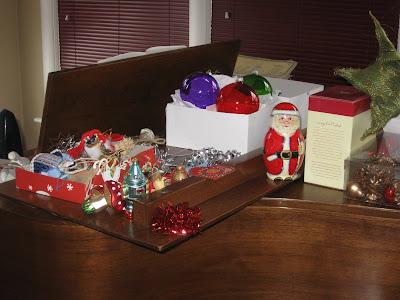 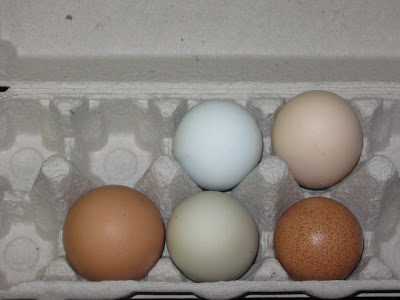 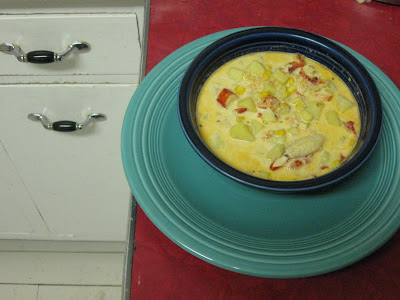