I accept that I will never have a neat and tidy full-assed garden. It's simply not my style. The thought of getting things in the ground at just the right time in straight little rows makes me break out into hives.

Luckily, there's always more than one way to plant a seed. My backyard is bursting with the most gorgeous squash and tomatoes you'd ever hope to see.

Of course, I didn't plant any squash or tomatoes. Not on purpose, anyway. Last week I took down our tent to pack it up for a camping trip on Prince Edward Island--and behind it, in a narrow alley between the back wall and the pine trees, was a forest of green that had sprouted from a leftover pile of last year's compost. Since I've moved the tent it's blossomed further; squash tentacles adorned with huge, school-bus colored flowers have stretched out nearly five feet into the tent's old footprint.

Conversations with local farmers affirm my suspicions that this is actually a great way to garden: eat local, organic produce and toss the (seedy) scraps in the compost. Spread it out on a likely plot and just see what grows. The best-suited and most vigourous plants will claim the space. Next year, I'm just going to do more of the same and enjoy whatever decides to present itself.

We've been talking about our plans for the unexpected bounty. Between the squash, tomatoes, herbs, and garlic (all four varietals are producing beautifully), I think there will be some serious late summer soupmaking. Watch this space for recipes!
Posted by Green Betty at 8:12 a.m. No comments:

And a Word From Jacques Cousteau

...and let us remember too that life, in its exuberance, always succeeds in overflowing the narrow limits within which man thinks he can confine it.
Posted by Green Betty at 5:56 p.m. No comments:

We had a lovely long weekend on Prince Edward Island... then came home Monday to a sick dog.

Luna had been ill like this before. Her hips clearly hurt and her eyes were dull. She was eating and drinking,though, and managed to haul herself up the stairs and onto her favorite couch. She wagged her tail furiously when we said "good girl". She enjoyed her ear rubs.

But Tuesday morning she simply collapsed and that was the end.

I'm glad she didn't suffer long. I'm glad we didn't have to struggle with complicated care or the decision to put her down. But gosh, it was too quick.

And the house, now, is too quiet.

We had a dinner in her honor last night. I made this dish.

Ingredients
Local new potatoes, freshly dug
Kosher salt
Unsalted butter
Rosemary to taste (ours comes from a pot on the back porch. Luna was always trying to eat it.)

Directions
Bring a suitably sized pot of water to a boil. Add 1 cup of kosher salt for every quart of water. Stir to dissolve, making a brine.
Add the potatoes, lid, and boil for 15-30 minutes or until soft to the fork. Drain but do not rinse.
Toss the potatoes with unsalted butter and rosemary. Eat with mindfulness and love.
Posted by Green Betty at 9:34 a.m. 4 comments:

I've been oh-so-good. Please, won't you bring me a kachelofen this year and free us from our dependency on Big Oil? 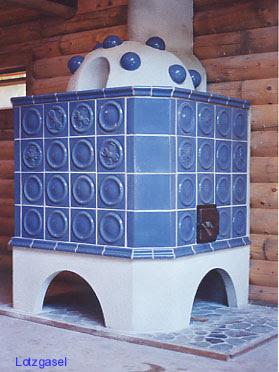 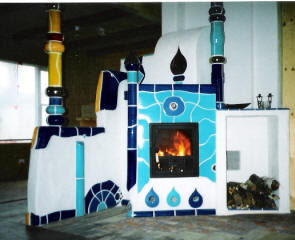 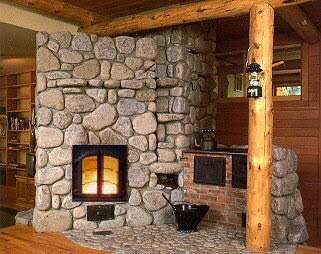 Here's our vacation menu, to be enjoyed in between bouts of snorkeling in Seal Cove, Prince Edward Island:


Corrido Chile
Local, organic, grass-fed beef, ground, pan fried with lots of local garlic including some green garlic from the backyard, cumin, a trio of chiles, roasted peppers and onions, our own turtle beans from last year, and local tomatoes


Aaaaaannnnnd we're going to drink us some fine local wine. Report when we return.
Posted by Green Betty at 4:03 p.m. No comments:

I wanted to figure out a few things, spiritually speaking.

So... I went to church. I signed up to teach Sunday school. I ran a church's religious education program.

I went to seminary for four years (seriously. I did that.)

It's come to this.

Where meaning enters the picture is when you, after the fact, make some.

The universe is massively, stunningly, immesurably complex, interconnected, and delicately balanced. It works in ways that we do not fundamentally understand--and the more we learn, the more obvious this becomes. Messing around with life in a way that changes whole systems is usually a really, really bad idea--although people don't usually want to admit this until it's too late.

Shit comes and shit goes. Sometimes it seems like a bad dream, and sometimes you're right in a huge pile of it. As my three-year-old would say, "and then the bacteria eats it and it turns into dirt and it isn't stinky any more. And then life starts over."

(This is, obviously, the Extreme Reader's Digest version. If you want to learn more, you can email me privately or just wait for the book.)
Posted by Green Betty at 7:36 a.m. No comments: