This is a perfect side dish for the holidays--all three main ingredients (apples, cranberries, and lemon juice) have a detoxifying effect to combat your holiday indulgences, and the taste is a lovely complement to roast turkey and ham alike.


Combine lemon or rhubarb juice, water, sugar, and salt in a small saucepan and bring to a simmer over medium heat.


While brine is heating, peel apples and slice into long strips or chunks, according to taste. Slice cranberries in half. Place half of cranberries at the bottom of jar, followed by a layer of apples, then topped with remaining cranberries.


Pour simmering brine over fruit mixture to a level 1/2 inch from the top of the jar. Allow to cool for 10 minutes, then cover tightly, label, and store in the refrigerator.


This recipe will keep in the refrigerator for up to two months, so make it now, put it away, and forget it until Christmas! It even makes a lovely food gift for those of you who want to impress friends and family with your craftiness. They don't need to know how simple it was--I won't tell if you don't.
Posted by Green Betty at 5:00 p.m. No comments:

All the publicity work I'm doing for A Taste of the Maritimes is a blast! I'll be on CTV Morning Live this Tuesday, the 13th, at 8:15 AM, so don't forget to tune in. Until then you can satisfy yourself with my author video from the Nimbus East Coast Reads series.
Posted by Green Betty at 4:55 p.m. No comments:

The book is launched! Blogger doesn't like my fancy photographs, but you can sneak a peek at the photos from the launch here.


If you are new to this blog and have bought the book, please feel free to ask a question or leave a comment. I'm always happy to chat about local food, where to find it, and how to prepare it. Welcome!
Posted by Green Betty at 4:43 a.m. No comments:

We don’t drink a lot of juice at my house, but I couldn’t resist the amazing apple cider from Suprima Farms at the Lunenburg Farmers’ Market this week. As long as we were having a treat, I decided to go whole hog. And ended up with this:

Heat apple cider in a saucepan over high heat. Reduce the cider to 3/4 -1 cup, stirring frequently. Remove from heat, add vanilla, stir, and set aside.

Place the cinnamon sticks in a closed plastic bag and smash to shards with a hammer. Combine cinnamon shards with heavy cream a in a saucepan. Bring mixture to a simmer over medium low heat and simmer, stirring frequently, for ten minutes. Remove pan from heat, cover, and set aside to steep for one hour.

After an hour, strain shards out of the cream. Return strained cream to a clean pan. Whisk in yolks and sugar. Cook over low heat, stirring frequently and scraping the bottom of the pan, until custard thickens, about ten minutes.

Remove custard from heat and whisk to combine with milk and reduced apple cider. Refrigerate mixture overnight, then process in an ice cream maker according to manufacturer’s instructions. Just before removing from machine, pour caramel sauce into the machine in a slow stream to form a ribbon. Remove to a container and freeze until hard, 2-3 hours.

This one passes the self-control test—as in, you won’t have any, so proceed with caution. Enjoy!
Posted by Green Betty at 4:57 p.m. No comments:

...is it already that time again? The garden has turned from slushy to boggy, the birds are singing, and little pink nubs of rhubarb are sticking their heads obstinately from the half-frozen soil. So yep, we're starting seeds.

I owe a great debt of thanks to the fine folks at Hope Seeds, Annapolis Seeds, and Broadfork Farm for all the excellent heritage plants we're putting in the ground this year. Our gardens will include raspberry canes, grape vines, two varietals of kale, rhubarb, strawberries, rainbow chard, rutabaga, corn, pumpkins and two other winter squash, zucchini, cauliflower, 5-7 varietals of tomato (we'll see what comes back from last year), parsley, dill, cilantro, lavender, basil, mint, chives, rosemary, two varietals of sweet pepper, three varietals of hot pepper, and 200 heads of garlic.

Jeez louise, it's starting to sound less like a garden and more like a farm! Now if only we could keep chickens in the town of Lunenburg...
Posted by Green Betty at 6:27 p.m. No comments:

One of the (many) reasons I became a local food advocate has to do with body weight. Like many of us, I have struggled with weight issues since I was a teenager. In the decades since then I have had periods of being slender and periods of being heavy. The slender times, however, have never been healthy ones--I lost weight eating heavily processed "diet" meals and smoking cigarettes. Whenever I returned to eating regularly I put weight back on, and when I quit smoking I put a lot of weight on. I have only lost weight sustainably--in other words, been able to lose weight and keep it off without extreme effort--by eating whole, organic, local, fresh foods, the kinds I blog about here and for South Shore Now.


It seems evident that human beings have an instinctual drive to eat not just to satiate hunger, but to meet our nutritional needs. Most nutrients and micronutrients (not all of which we even yet understand) are refined out of the foods featured in a Standard North American Diet. Eating low quality food while trying to lose weight is like trying to pick up a tree limb with tweezers--the tool just isn't up to the job. When you change your body, you need extra energy to effect the change, not less!

I still struggle with my weight, and it's higher than I'd like. What I can tell you, though, is that I now easily maintain a weight far below my all-time high, thanks to my focus on real foods. I also have far more energy, better health, and happier moods than I did during my cigarette smoking, Lean Cuisine eating, size 8 days. It's a trade-off I'm happy to take.
Posted by Green Betty at 7:34 a.m. No comments:

I've been working on food styling for my most recent project... here's a bit of what I came up with this weekend. 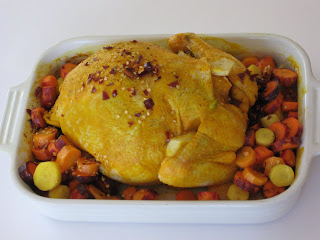 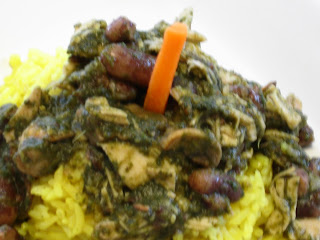 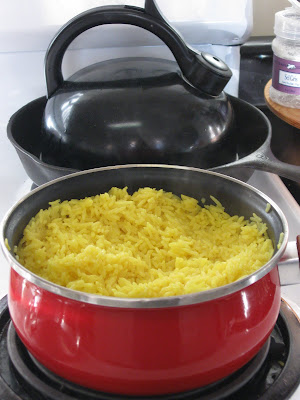 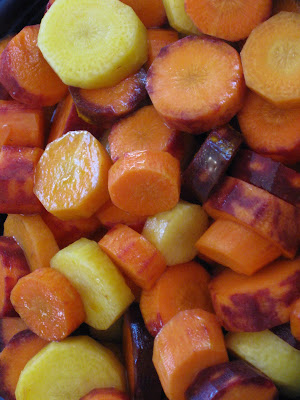 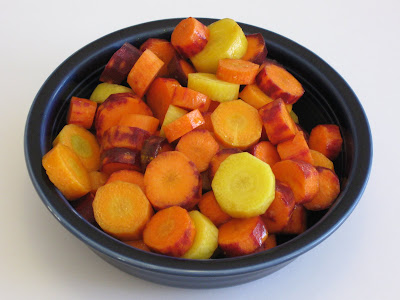